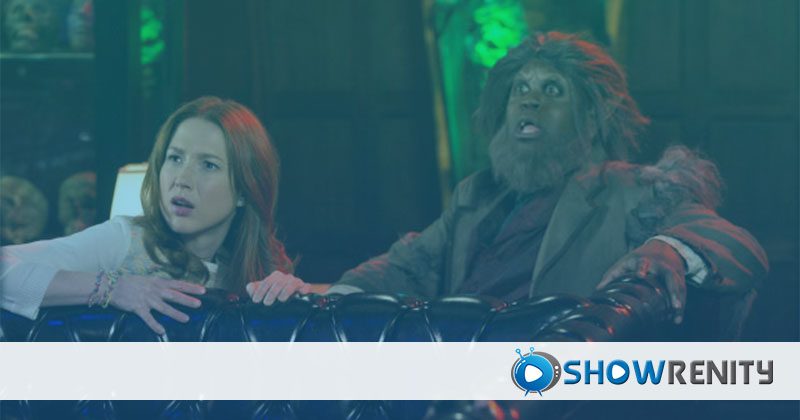 When it comes to entertainment, comedy is probably the preferred genre for millions. Those who love watching television will be amazed at eh number of comedy shows and sitcoms that are running on television and will also be thrilled with eth selection of comedy shows that can be streamed on Netflix. Netflix is an award winning service that delivers easy viewing of past and present shows and this is a perfect option for those that love to binge watch.

The amazing library of shows on Netflix is perfect for comedy lovers as there are some superb choices that will meet all those laughter needs. Viewers can find laugh-tracked sitcoms, serious series and a combination of the two and they are all available for instant viewing pleasure. While it may be impossible to declare what shows are actually the funniest, the following list offers some great selections for anyone that is looking for some couch time with great laughs. Get ready for some fun times and enjoyable characters with the list of some of the funniest Netflix shows to ever have been watched.

Freaks and Geeks is a teenage series that focuses on the awkwardness of teens and with the main characters being total losers in a Michigan high school, there are many laughs on hand. Though it is senseless comedy, it something everyone can relate to as we have all been there in the past. From those awkward relationships to struggling to fit in with the crowd, Freaks and Geeks takes us back t high school days and offers some refreshing comedy This show only lasted on single season, but it is a fast and easy watch that will leave viewers smiling.

This show has hit the screens with huge success and is focused on an awkward office worker who is trying to prove to be sympathetic as time passes. The show is a hysterical documentary that takes a look into the 9 to 5 life for many. Based on the award winning BBC hit, The Office is a parody of American life and covers the workers at their daily job at a paper supply company located in Pennsylvania. One of the favorite characters in the show is Andy, a salesman who has some great musical talents that keep the entire office entertained. Of course, there is the office receptionist, Pan, who has an inter-office romance. Overall, the show is pure entertainment and will guarantee an outbreak of laughter by anyone who watches.

This modern comedy is all about a group of rich people who are quite dysfunctional. When one of the clan members is arrested for fraud, the others take crazy actions to protect their cash and assets to preserve what they think to be is a lavish lifestyle. Complimented by commentaries from Ron Howard as a narrator, this how is loaded with funny scenes and quirky storylines. With jokes and pranks, the show is bound to entertain any television buff and with multiple seasons, it is a great comedy choice for binge watchers.

Even with a dark theme, this show is oddly funny. It is all about Kimmy, who is a teen that was forced to love in a cult after being kidnapped. She is rescued and tried to build a normal life. The lead female character is string and determined to find freedom and the supporting characters add some amazing comedy to the series. Some of the people Kimmy comes across become her closest friends, including one that is always trying to figure out what slang has become outdated. During the second season of the show, it becomes a bit less humorous as it explores the psychological effects the kidnapping had on Kimmy. But the humor still exists. This series has some great charm and is a delightful watch. With amazing guest stars like Tina Fey, it is a show that can be enjoyed by viewers of all ages. 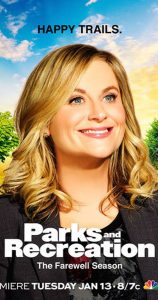 This political American sitcom is one that stars Amy Peohler as a bureaucrat in the Parks Department in a small town in Indiana. The series first aired in 2009 o NBC and lasted until 2015, offering 125 episodes of laughs. During its time on the air, the show received numerous nominations and awards for being a great comedy show and it remains a top Netflix pick for those seeking smiles. With the goal of making the city a better place, viewers will go on some hilarious adventures with the characters and will learn about small town government and the antics that take place.

30 Rock is one of the top rated comedy shows to ever have run on television and it is based on the actions of Liz Lemon, a head writer for a comedy show in New York. As complications arise, Liz is forced to hire some mentally unstable movie stars, especially Tracy Jordan, who joins the cast. The show was created by comedian Tina Fey and first aired in 2006, with the final episode showing on January 31, 2013. This show is one of the funniest on television and is a unique series that will leave viewers in stitches. With hilarious skits and amazing guest stars, the show is one that can be enjoyed by all and it is ranked as one of the funniest sitcoms to air. It is now available on Netflix, where one can view entire seasons.